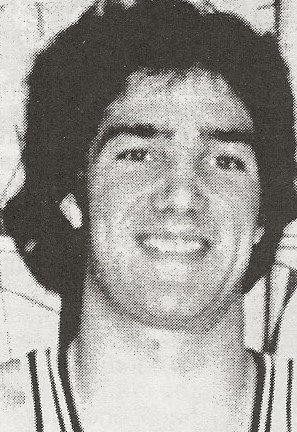 Biography:  Emmett McGovern was affectionately known as “Big E” at Chicago’s St. Patrick High School and it matched his basketball exploits as a Shamrock. A three-year varsity starter from 1972-73 through 1974-75, McGovern was the Shamrocks’ third-leading career scorer with 1,172 points at the time of his induction.  McGovern earned St. Patrick Thanksgiving all-tournament honors as a junior and senior and won the Most Valuable Player award as a senior. McGovern also nabbed all-Carbondale Holiday Tournament honors in those years.  He had games of 33, 31 and 30 points as a senior, when he was East Suburban Catholic Conference scoring champion and MVP. He was all-ESCC as a junior and senior and St. Patrick earned regional titles in McGovern’s sophomore and junior years. McGovern was an all-area selection as a junior and senior and earned all-state honors as a senior.  McGovern attended DePaul on an athletic scholarship as a freshman and sophomore before transferring to St. Mary’s College in Winona, Minn., his final two years.  The St. Patrick High School Hall of Fame inducted McGovern in November 1995. He returned to St. Patrick as a teacher and coach in 1980 for two years, before becoming an associate member of The Chicago Board of Trade from 1982-2000.