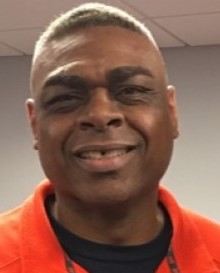 Biography:  There was a good reason that Bruce Douglas of Quincy was named Mr. Basketball in Illinois for 1982. Douglas was completing his fourth season as a member of the Quincy High School varsity. Douglas had played in more Illinois high school victories than any other player. The Blue Devils compiled records of 32-1, 26-3, 33-0 and 32-1 with Douglas. The Blue Devils and Douglas won four consecutive Western Big Six championships along with four straight Pontiac Holiday tournament crowns. He also played on four straight Thanksgiving Tournament winners. Quincy placed second in the state in 1979, third in 1982 and the 1981 club was the State Champion of Illinois and the mythical National Champion. The 1981 team is regarded as one of the finest ever assembled in Illinois prep history. Douglas received all-state mention as a sophomore and was first team all-state as a junior and senior. Douglas was a four-year starter at Illinois. In 1983, 1984 and 1985 Douglas led the Illinois in steals and assists. He was named most valuable Illini in 1984. He was a third team All-American player by UPI in 1984 and was accorded first team All-Big Ten in 1984 and second team in 1985. Bruce was selected by the Sacramento Kings in the NBA draft and played 1 season with them.