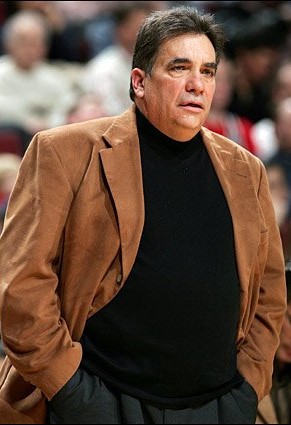 Biography:  Tony's 37-year coaching career included success at the high school, Division I College and NBA levels.  A Chicago native who played at Duke University, he was an Academic All-American in 1972.  He was a head coach at (Chicago) Mt. Carmel High School and (Chicago) St. Rita High School before moving to downstate Peoria where he was the Associate Head Coach at Bradley University on the staff of fellow Hall of Famer--Dick Versace(2001) from 1978-85.  He then was the head coach at Creighton University where he took the Bluejays to 2 NCAA appearances.  He took on a rebuilding project as head coach at Texas A & M University before moving to the NBA's Memphis Grizzlies from 1999-2007.  He served as the team's interim head coach for the 2006-07 season.  Through all of his success, Tony always had time for the numerous coaches from Illinois who would contact him for advice.  Tony's influence on the state's coaches was significant.  Sadly, Tony died of cancer on June 25, 2019, shortly after his HOF induction.