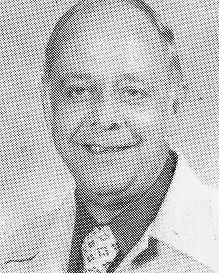 Biography:  Bob Kidd compiled an impressive record as a high school coach at LaMoille High School, Delavan High School, and Rantoul High School. In 1977 when he was inducted into the IBCA Hall of Fame, his record stood at 337-185. At Rantoul his teams accumulated numerous tournament and Watseka Conference Championships along with eight IHSA Regional titles. His teams advanced to the IHSA Sectional finals four times and to the IHSA Elite Eight in 1959. More than 100 of his varsity basketball players continued their educations with at least 50 choosing Physical Education and Coaching for their careers. Robert Kidd passed away on March 28, 2001.