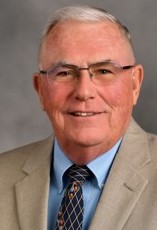 Biography:  Paul developed a 1-3-1 zone defense as an assistant coach at (Kankakee) Westview High School and then used it throughout a superb 14-year run as Women's Head Basketball Coach at Kankakee Community College.  His career record of 409-63 included 7 straight 20-win seasons.  Paul led the Lady Cavaliers to 9 trips to the NJCAA Division II National Tournaments.  His 1995 team won the national title (this team was also inducted into the IBCA HOF in 2019).  The 1993 and 1996 squads placed 2nd in the tournament.  Twice, his teams were ranked #1 nationally in team defense.