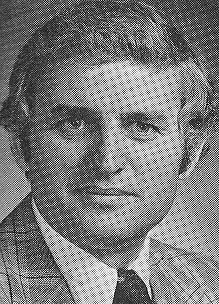 Biography:   Bob coached the varsity boys at Lockport High School for 22 seasons. In 1978, the Lockport Porters won the Class AA State Championship with a record of 33-0. In 1979 the team returned to the Elite Eight with a 29-2 record.  Before his arrival in Lockport, the team had made only 1 state finals appearance. Under Bob’s guidance, the Porters won 16 Conference championships, 15 IHSA Regional titles, 6 IHSA Sectional crowns, and advanced to the IHSA state finals 3 times. His 1973 team placed 4th in the tournament.  Twice he was awarded the IBCA Coach of the Year award for Class AA—1973 and 1978. Basarich has been a member of the IBCA board of directors and a member of the Chicago Sun Times all state board. His teams have produced 3 All American players and 8 All State Players.