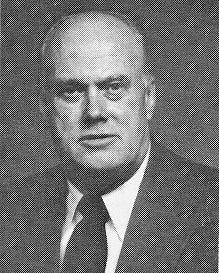 Biography:  Bluffs HS graduate Bill Bishop, revolutionized basketball at Western Illinois University. Bluffs’ most valuable player and captain in 1936 went on to be a three-year letterman at WIU. Bill led the IIAC in scoring as a junior and again as a senior. His senior year, 1940, he was the Leatherneck captain and most valuable player. He was also selected as an all-conference player. Bishop accomplished these feats as the first player in Western history to use the one-handed shot. After his playing days, Bill began teaching at Golden HS. He led them to their only regional final—in 1948. Golden later was consolidated as part of Camp Point Central HS. Bill moved on to Moline HS where he spent 29 years as a member of the basketball coaching staff—17 years as sophomore coach with a 244-86 record. During his final 12 years Bill was an assistant for the Maroons as they posted a 224-70 mark.