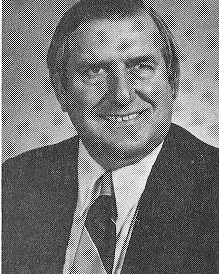 Biography:  Wes Mason was a fixture on the sidelines of (Chicago Heights) Bloom High School in the late 1960’s and 1970’s. He arrived at the south suburban school after brief stops at Clinton, Wisconsin Rapids (WI), and Polo. Wes is a graduate and former player at Bradley University. During 11 of his first 12 seasons at Bloom, his teams won 20 games or more. Those teams also won 11 IHSA Regional Titles. They appeared in the state finals 4 times in 6 years with state runner-up honors in 1974 and 1975. These teams included 11 all-state players and 2 prep all-American players—Audie Mathews and Raymond McCoy.