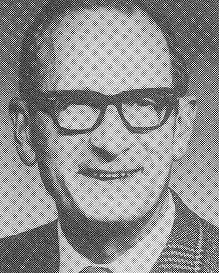 Biography:   Joe Hartley had coached basketball for 24 years prior to his 1982 HOF induction, producing 12 Tournament Championship, including 6 Conference Championships – two being in the Suburban League. In 1941, Joe led Waterman High School to the final “8” in the IHSA Tournament, losing only to Morton of Cicero, the eventual State Champ in 1941. Joe’s teams also took second in tournament play 6 times and his teams were the consolation winners in 3 tournaments. Joe started his career at Victoria High School (2 seasons) in 1938, moved to Proviso East from 1948-1958 and then to Proviso West from 1958-65. In addition, he served as Assistant Coach at Northern University from 1965-66. Joe co-authored with Dr. Bill Healy, three outstanding coaching books, and authored one book of his own. Joe retired from NIU in 1978 and became an Assistant Professor Emeritus. Joe Hartley passed away on April 12, 1987, at the age of 73.