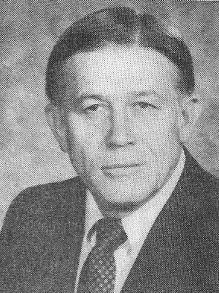 Biography:  Ron Herrin has coached at Freeburg and Olney High Schools. Herrin’s accomplishments are significant. At the time of his induction, Herrin’s basketball record stood at 481 wins and 293 losses. He has coached seven conference and regional championships, two Sweet 16 teams and posted 12, 20-win seasons.  Herrin’s teams have won 13 invitational tournament titles. He has been NEC coach of the year five times and IBCA district coach of the year six times. Herrin served the Illinois Basketball Coaches Association as its president from 1977-79 and has served as a former Hall of Fame chairman. From 1980-85 Herrin has been executive secretary of the IBCA. He served as an assistant coach to Vergil Fletcher for the South AA team in the first IBCA All-Star game and was the winning head coach of the 1980 South AA which beat the North 102-101. Herrin has also coached in the Lions Club All-Star games in 1983 and 1984. Herrin served as head coach of the Southern Region’s Men’s Open Division basketball team in the first Prairie State Games in 1984. Herrin has also served Olney as athletic director from 1965-85. Herrin coached Freeburg to second place in the 1956 state baseball tournament. He has coached four state qualifying cross country teams as a track and field coach posted a 122-22 record in dual and triangular meets while winning 12 conference titles and six district titles. In four sports Herrin has 776 victories and 66 team championships. Ron and his brother, Rich, are the namesakes of the IBCA Herrins Award, given annually (beginning in 2018) for lifetime service to the game of basketball through the IBCA.  Ron Herrin died on May 11, 1997.