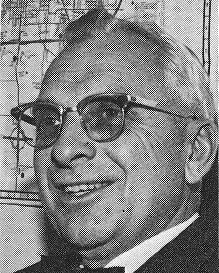 Jack Horenberger had an outstanding 21 year coaching career at Illinois Wesleyan University, winning seven conference championships.  Jack himself is a former player for IWU and served as Athletic Director and Basketball Coach at his alma mater.  During his career, Jack was voted NAIA Coach of the year three times.  His teams won nearly 300 games and he was voted into the NAIA Hall of Fame as a coach.  These are only a few of his many honors.  As a tribute to his legacy, the baseball field at IWU bears Jack's name.  Jack passed away on December 1, 2000.