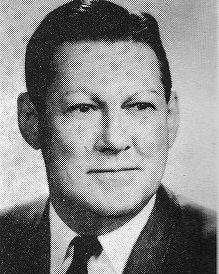 George Ireland is the winningest coach in the history of Loyola University basketball.  He began his career as an All State player for 3 years at Campion Academy in Wisconsin.  He then lettered in basketball for 3 years at Notre Dame University where he was selected to the first two Helms All American Basketball teams.  George began his coaching career at Marmion Military Academy in Aurora from 1936-1951 where his teams won 270 games and lost only 78 for a 78% success rate.  In 1951 he became the head coach at Loyola University.  His Loyola teams put new meaning into the word “speed”.  He was an advocate of the full court press and the fast break.  His Ramblers have earned nationwide acclaim for their durable ability to do both.  His 1963 Loyola team was the NCAA Champion.  George passed away on September 14, 2001.