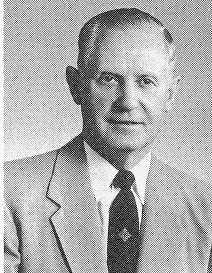 At the time of his induction in 1973, Gay Kintner was one of only 2 coaches to win 3 State Championships (the other being Arthur Trout of Centralia).  Gay did this at Stephen Decatur HS in 1931-1936-1945.  His Decatur teams won 19 Regional tournaments (also a state record at the time of his induction) with 11 teams qualifying for the State Tournament.  He coached in the State Championship game 4 times and compiled an overall record of 649-299 record.  After a heart attack at half time of that week’s game, Gay passed away on February 15, 1960.  Gay Kintner also had the rare benefit of having two gyms named after him in Decatur.