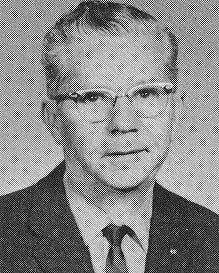 Biography:  Robert B. McCall attended Charleston HS and Eastern Illinois University.  He started coaching at Centralia Junior High in 1926 and was responsible for developing many of their great players.  Coach McCall had one of the most fabulous records ever at the JH level.  In 19 seasons of coaching he won 578 games and lost only 125 for a winning percentage of 82%.  Included in this record were seven state championships and five second place finishes.  In 2012, Robert's son, John, joined him in the IBCA Hall of Fame as a Friend of Basketball.  Sadly, Coach McCall passed away in 1971, three years before his induction.