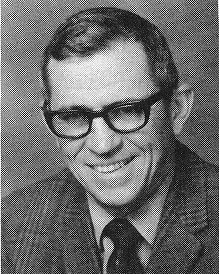 Biography:   John McDougal attended Salem HS and Evansville University.  He had a fine coaching record at Palestine and Carmi High Schools before moving to West Aurora.  West Aurora finished third in the state in 1973 with a 30-3 record.  Under Coach McDougal, West Aurora has annually been considered one of the top defensive teams in the state.  As of his induction, Coach McDougal’s teams recorded a 425-192 record.   Later in his career, Coach McDougal coached at Northern Illinois University becoming the winningest coach in the Huskies’ history at the time of his retirement.  Coach McDougal passed away on Octorber 28, 2016 at the age of 92.