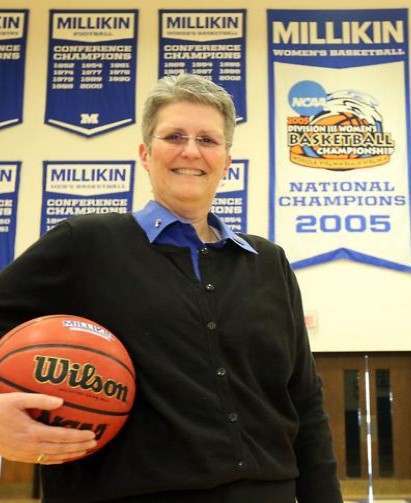 Biography:  Lori retired at the end of the 2017-2018 season after 32 years as the head coach of the women's basketball program at Millikin University.  Her teams won more than 550 games during a career that saw her squads win 67% of there games.  The highlight of Lori's highly successful run came in 2005 when the Big Blue won the NCAA Division III National Championship.  She was named the College Conference of Illinois and Wisconsin Coacy of the Year 7 times.  Twice she earned the Molten/Division III News Coach of the Year award.