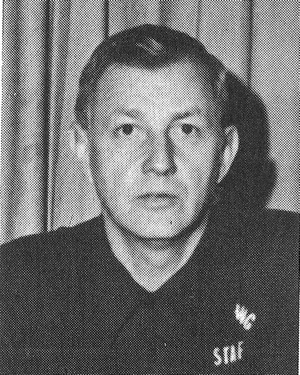 Biography:
Dick Broers gave up the basketball coaching reins before the 1974-75 season. He left in his wake a record of 401-167 at Roanoke-Benson HS. Broers produced 11 teams which posted 20 or more wins—seven (1963-1969) came in a row. Two Rocket teams survived the regular season undefeated (1955, 1967). Broers’s teams posted 15 Woodford County Championships. In the 19 seasons that his teams competed in district play, RB captured 12 titles. In three seasons of regional competitions, his teams won one. At Roanoke-Benson, Dick had the privilege of coaching IBCA Hall of Famers Don Johnson and Bill Small. He finished his career as a teacher and athletic director at RB.  Dick Groers passed away on May 26, 2020 at the age of 92.