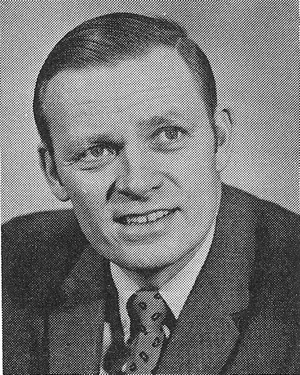 Biography:
Jack Burmaster was a high school coach for 123 years, 22 at Evanston HS. His career record was 362 wins against 145 losses (71.4%). His Evanston HS team won the Illinois State Championship in 1968. Three other times he took his teams to the state fainals—1957, 1964, and 1972. In 1968 Jack was the National High School Association “Coach of the Year.” Jack also had a remarkable career as a player; he was inducted into the IBCA’s inaugural Hall of Fame class in 1973. After coaching, Jack stayed involved in basketball as a color commentator for the state finals for many years.