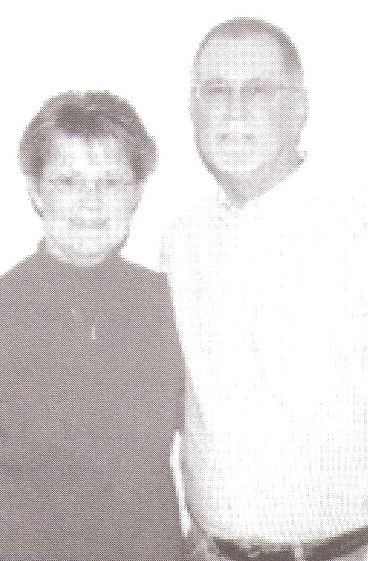 Biography:  Steve and Sharon have worked side by side at the Williamsville High School scorers bench for over 30 years. Steve has served as the official scorer and Sharon as either clock operator or scoreboard operator. Since 1995, they have worked every day at the four day Williamsville Holiday Tournament. They average working 80 plus games a year. Steve has also served as the Sangamon County boys basketball tournament official scorer or timer for the past 17 years. Steve also served as the official scorer for the Illinois Express professional basketball team. Steve and Sharon are also involved with football at Williamsville. Steve has served as game timer or scoreboard operator for 45 years, and Sharon as scoreboard operator for the last 25 years. Sharon is a second generation Hall of Famer, as her parents Frank and Dortha Showalter were inducted into the IBCA Hall of Fame in 1986. 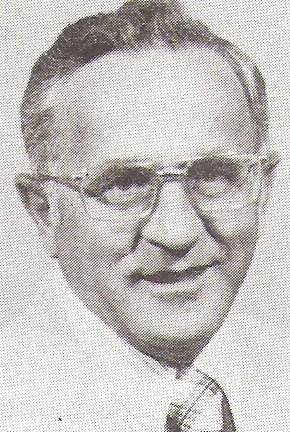 Biography:  Neal’s love for basketball began when he was in the 7th grade at Sterling’s Wallace School.  He was the team manager for the basketball team as both a 7th and as an 8th grader.  At Sterling Township High School, he was the team manager for all 4 of his student years.  Wick coached an independent basketball team in Sterling from 1946-1968.  He gave high School players who never went to college a place to play basketball.  Some players who went to college returned to Sterling and joined his squad.  Neal began the Sterling City League, first through the YMCA.  The league later shifted to the Sterling Park District.  Over a 20-year span, Wick coached 127 players and boasted a record of 396-98.  He initiated a “coffee can fund” that helped raise money for the initial IBCA Hall of Fame display in Horton Fieldhouse on the ISU campus.  Neal Wick passed away on June 1, 2013 at the age of 88. 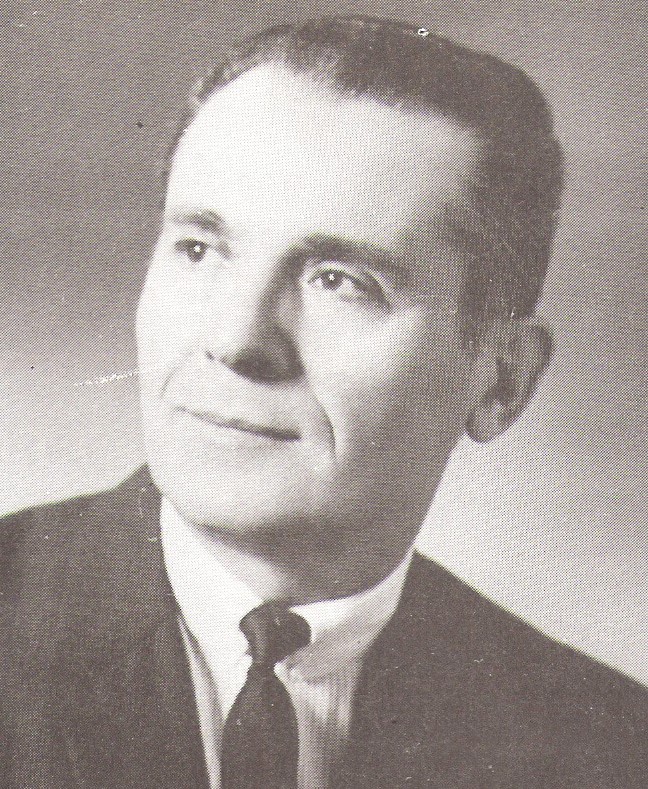 Biography:  Frank Santarelli of Riverton had no formal basketball coaching training, yet his teams won 315 games from 1935-57. In the 18 seasons there was only one losing season. His Hawk teams won four IHSA districts, four Sangamon County Championships, one IHSA regional and was undefeated during one regular season. Santarelli became the principal at Riverton in 1947 and joined the state office of the Superintendent of the Public Instruction as director of Title V. He retired in 1970. Three years later he organized a basketball program for third, fourth and fifth grades in the Riverton School District. He enjoyed that program and it proved a definite benefit in the Riverton basketball success. He stressed fundamentals and discipline, just as he did when he was a head coach.  A former player described his coach’s influence in this manner: “ . . .I had the utmost respect for him, not just as a coach but as a teacher and a leader.  When you went through a year with Frank Santarelli, you knew right from wrong . . . . he taught more than basketball, he specialized in the game of life.”  Sadly, Frank died in 1984 at the age of 72 and was unable to enjoy his induction into the IBCA Hall of Fame. 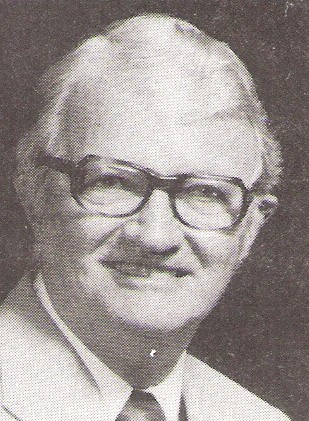 Biography:  Jim Stephenson followed Lockport High School basketball for 70+ years.  At age 6, he started watching the Porters.  At age 16, he was a Lockport player.  At age 38, he coached Lockport varsity basketball.  Jim has remained a Porter fan for his entire life.  Following a baseball career at Purdue University, Jim was the first basketball coach hired in the Lockport School District (1930).  Jim’s team won the state grade school title in 1933.  He coached the Porters from 1943-45 in the old South Suburban League.  Professionally, Jim was involved in photography and took the Porter team pictures for 40+ years.  Jim Stephenson, Sr. died on September 24, 2000 at the age of 92. 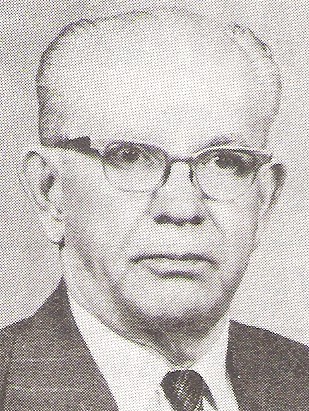 Biography:  Iner Peterson was a fan of high school and college basketball for over 70 years. His first Illinois High School State Tournament attended was in 1934 when Quincy High School upset the tournament favorite, (Harvey) Thornton High School, in the championship game. Besides being an avid high school fan, Iner was a staunch supporter of the Fighting Illini and the Bradley Braves. He had Bradley men’s basketball season tickets for every year from 1949 when Robertson Memorial Fieldhouse was erected, through its final season of men’s basketball in 1982. Once a great backer of the Varna Dragons, Iner continued to follow the Mid-County Bulldogs, after Varna and Lacon consolidated back in the early 1950’s. Iner saw many great moments in sports, although he considered the last second shot by Hinkley-Big Rock in the 1984 IHSA Sectional finals that defeated his beloved Bulldogs to be the greatest. Iner Peterson died on April 29, 2006 at the age of 101.