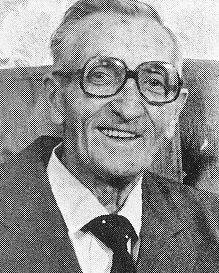 Biography:  Through 1979, only one person in Mount Pulaski High School history had ever been presented a gold-plated pass to all Hilltopper athletic events—Eugene “Bones” Manes. An outstanding athlete at Mt. Pulaski, Eugene served as official scorer for many years after graduation. He devoted much time and effort to the athletic teams for 47 years. Although recovering from a stroke, Eugene was honored to be inducted into the IBCA Hall of Fame in 1979.  Eugene Manes passed away during September of 1981.