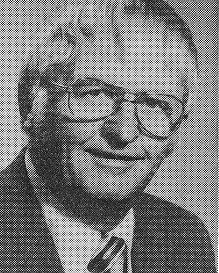 Biography:  Dick Black was best described as Danville High School’s ever-present sports fan. As a long-time booster of the school, Dick was instrumental in establishing a successful Viking Booster Club in the early 1960’s and was one of the behind the scenes figures in helping to get the Danville Holiday Basketball Tournament off the ground in 1963. Black has traveled thousands of miles to watch Viking teams through the years. In addition, without fanfare, he has helped an untold number of underprivileged athletes from Danville and other schools to further their educations. He is an avid University of Illinois fan, which began even before his son Todd played tennis for the Illini. In his extra time, Dick was one of the guiding lights in the annual Celebrity Golf Tournament in Danville.  Dick passed away on April 4, 2008 at the age of 87.