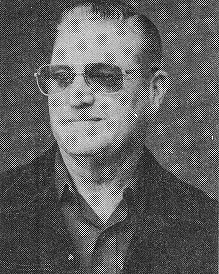 Biography:   Joe M. Crane was an intense observer of Olney basketball, an activity that began in 1961. In that year, Joe became associated with basketball at (Olney) East Richland High School as either timer or scorer. He had previously served in one of those two bench official positions from 1954-59 at (Effingham) St. Anthony High School before moving to Olney. In 1965 he became the chief timer for Olney Central College and the following year at East Richland. He served in both positions through his induction into the IBCA Hall of Fame in 1980. In 1977, Joe was named as the assistant timer for the IHSA Class AA state boys’ tournament in Champaign and in 1979 he was privileged to serve the tournament as its chief timer. As a prep, Joe graduated from the old Bridgeport Township High School. Joe passed away on April 8, 1997 at the age of 81.