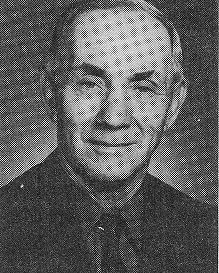 Biography:   In March of 1980, Delevan’s Jake Poppenga saw a 50-year association with athletics culminate when he served as the head timer for IHSA Class A Boys’ State Final Basketball Tournament in Champaign. In 1979 he had served as the assistant timer for the tournament. Poppenga drove a Delevan school bus for 33 years. He served as the timer for several sports at the school including basketball. In 1972, the school district honored Jake by naming the Delevan High School gymnasium as “Jake Poppenga Gymnasium.” An honorary member of the Delavan Letter Club since 1954, Jake’s name is also on the school’s batting award given by the baseball team.  Jake Poppenga died on October 1, 1996.