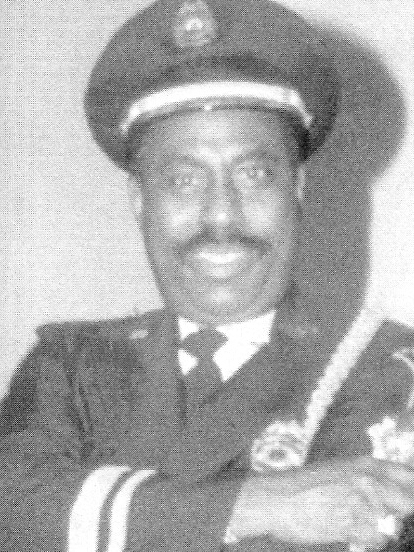 Biography:    Bruce was among the pioneers of the Metro East Black Officials Association.  He set a superb example to young officials in a 31-year career highlighted by the IHSA State Finals in 1984, 1985, and 1988.  Bruce officiated in the Metro East area when the pay was $12.50 to $15.00 for two games.  He later worked numerous women's NCAA Division I and Division II basketball games.  Bruce Hill served the city of East St. Louis, Ill., as a firefighter for 25 years. He served several years as bomb and arson inspector. He attained the rank of captain prior to being selected as the city and nation's youngest fire chief, a position that he held for 12 years.  Sadly, Bruce Hill, Jr. died on June 1, 2003 at the young age of 58.