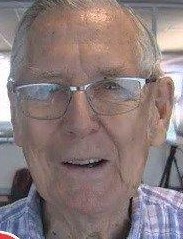 Biography: Many sports figures were cornered in Danville during the 1950’s, 60’s and 70’s. They were the subjects of the typewriter of Danville Commercial-News sports editor Fowler Connell’s popular column--“Connell’s Corner”. A longtime member of the Associated Press, prep basketball and football rating boards, Fowler is a former president of the AP’s Illinois Sports Editor’s Association. A graduate of the University of Missouri, Fowler served the Danville area for nearly 4 decades. Those who know him, consider Connell to be a virtual encyclopedia of sports information in the East Central Illinois and West Central Indiana areas. Fowler covered the University of Illinois, Purdue University and Danville CC in addition to the many high schools in his paper’s circulation area. He is quite proud to be a member of the Sigma Delta Chi fraternity.