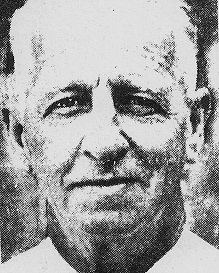 Harry Edwin (Heck) Kidd spent fifty (50) years as the sports editor for the Sterling Daily Gazette (from 1916 until his death on July 29, 1966).  The author of Sport Notes by Heck was widely known by grade school athletes as well as the top professionals.  Although he wasn’t above chiding an official, Kidd never wrote anything but positive statements about young athletes.  Kidd has a journalism scholarship in his name to Sauk Valley College.  In 1970, the Sterling Park District named its athletic field at 7th and Woodburn Ave. in Harry’s name.