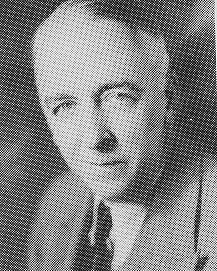 Schools / Organizations:
The University of Illinois

LM (Mike) Tobin graduated from the University of Illinois in 1901.  He returned in 1922 as its first ever sports information director, at the urging of then athletic director, George Huff.  Mike became and remained one of the top sports information people in the nation until his death in January of 1944.  The Danville native is given credit for many innovations that continue today in athletic publicity.  Some of his “firsts” included:  taking his typewriter into the press box, having phone lines connected with the football sidelines, and being the first to provide statistics immediately following a game.  He really won over the media by becoming the first to supply refreshments to the media in the press box area.  While Tobin’s name may not be as easily recognized as Illini legends Bob Zuppke, Red Grange, Doug Mills, or the Whiz Kids, he helped make those men into household names here in their home state.  Above all else, Mike was intensely loyal to his alma mater.