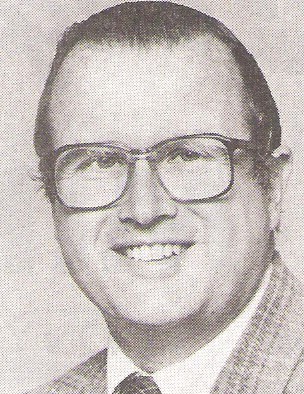 Biography:  Pete Swanson started his association with Illinois prep and college basketball while still in high school.  He continued his sports writing at The Daily Illini, Champaign News-Gazette, Champaign-Urbana Courier, and The City News Bureau of Chicago both as a student at the University of Illinois and afterward.  Although most of Pete's career took him to Ohio and then to southwestern Indiana (Evansville), he continued to cover Illinois basketball.  He covered the Lee Cabutti 1969 run to the IHSA Final Four in Champaign.  He was present in 1961 to see Rich Herrin's first IHSA super-sectional win for Benton High School.  Twenty-four years later, Pete would cover Rich's appointment as the head coach at Southern Illinois University.  In 1967, Pete was late arriving in New York, but was able to be courtside as Clarence Smith scored the first basket of the game just 32 minutes after the plane landed.  Pete enjoyed seeing SIU become the first college division team to win the NIT by defeating Marquette University.