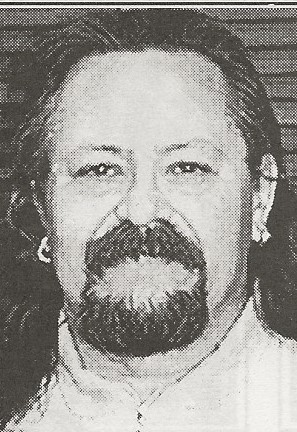 Biography:  High school basketball lost a devoted friend Oct. 13, 2000 with the death of Joe Jones, the sports editor of the Lawrenceville Daily Record for 15 years. The native of Olney gained legendary status in southeastern Illinois and, specifically, Lawrence County, with his love of high school basketball and the athletes who participated. Jones was never one to criticize performances and emphasized the positive in the players he covered.    After graduating from Eastern Illinois University, Jones covered East Richland High School as a reporter/stringer for the Olney Daily from 1982-85. Duties at Lawrenceville included coverage of all Lawrenceville and Red Hill basketball teams. As Lawrenceville sports editor from 1985 to 2000, Jones had the pleasure of reporting on the exploits of the state’s first back-to-back Class A championship teams in 1982 and 1983.  Jones would talk basketball 24 hours a day if the opportunity presented itself. He would return to his office after games and write his story for the next night’s paper while the game was fresh in his memory. Jones won four writing and photo awards from the Southern Illinois Editorial Association and the Illinois Press Association (including a first place in 1989). A void was created at the Daily Record because Joe Jones was so “special and dedicated” to high school basketball.