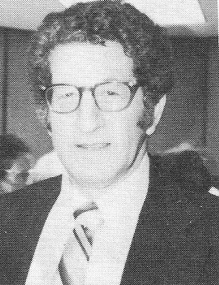 Biography:  People in the Kankakee area always wondered where Nick Gineris got his energy or found the time to travel the state as one of its most respected basketball officials. Gineris whistled 39 holiday tournaments, 40 conference tournaments, 40 county tournaments, seven city tournaments. Gineris’ name was associated with the basketball officials from 1943-1973. For 11 years Gineris served as a basketball rules interpreter for the Illinois High School Association and was one of the men in stripes for 12 districts, 25 regionals, 15 sectionals, and 9 super-sectionals. Gineris was on the Assembly Hall Floor for state finals in 1964, 1965, and 1970. Its little wonder why high school basketball fans, players, coaches, and administrators were pleased with the 1984 induction of Nick Gineris into the Illinois Basketball Coaches Association Hall of Fame. His control of a basketball game from opening tip to final buzzer is legendary because of the honesty and ability Gineris always displayed.  Nick passed away at the age of 93 on November 21, 2012.