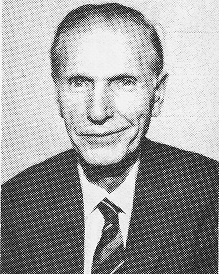 Biography:  Anthony C. (Tony) Roskie was inducted into the IBCA Hall of Fame in 1977 as both a player and as a coach. As a coach he served at Todd School in Woodstock from 1929-1953. He convinced the officials to expand the school from grades 1-10 to become a full high school. Todd competed in the Private School League and despite being one of the smaller schools in the conference, Tony posted a 240-147 record while finishing no lower than 3rd place each season. Moving to Woodstock HS in 1953, Tony’s teams continued to be successful. The highlight of these 4 seasons was the upset of Barrington HS which snapped their 40-game winning streak. Tony retired in 1972. One of Todd’s alumni is the producer Orson Welles. In his 1946 film, The Stranger, there is a note visibly signed by “Coach Roskie”. This was Orson’s tribute to his former coach.

As a player, Tony was a member of the 1922-23 Rockford Central HS team which finished second in the state tournament. That Rockford team also placed second in the national tournament sponsored at that time by Amos Alonzo Stagg at the University of Chicago. Rockford upset a highly favored Charleston, SC team before losing to Kansas City in the finals. At Lake Forest College, he was a four-year regular in football, basketball, and baseball. In football he was a small school All-American player. After college, he played for a Woodstock independent team which won two of three games against the Harlem Globetrotters. Tony injured his neck in the last game and devoted the rest of his career to coaching the game he loved. Anthony was a founder of McHenry County College in 1968. Anthony was inducted into the Hall of Fame as a player and as a coach in 1977. Coach Roskie passed away on January 26, 1995 at the age of 90.