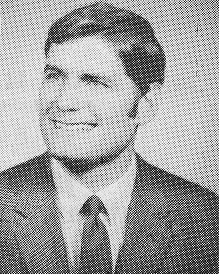 Biography:  Glen Lose is remembered for making 13-13 free throws on Friday, March 13, 1953 to lead Elgin High School past New Trier High School and on to Champaign and the state tournament. Lose led the team in scoring (18.1 ppg) and rebounding. The 6’2” Lose was named to the all-state team before attending Northwestern University. As a Wildcat, Glen averaged 16.8 ppg for three seasons. He was the team captain during his senior season. Lose was an All Big Ten selection as a junior and on the All Big Ten Scholastic Team as a senior. In both his junior and senior years Lose ranked in the league’s top 10 scorers. Lose set the NU free throw mark for one game at 16 for 16. After his senior year in 1957, Glen was a member of the College All Stars.