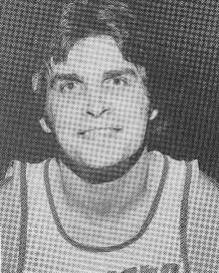 CJ Kupec is well remembered by Illinois basketball fans as the MVP of the 1971 state tournament when he led Oak Lawn Community HS to its only state final trophy—2nd place to the legendary Dolton Thornridge team by a mere 2 points.  As a high school senior, CJ averaged 23.2 ppg. His total of 2,377 points scored in a career set an OLCHS record (Note: This came before the 3 pt. basket was included in high school basket.)  After his prep days, CJ moved north to the University of Michigan to play both football and basketball.  During his sophomore year, he was an all-academic Big Ten selection for both sports.  His final two seasons, CJ was the basketball Wolverine captain, the first player in school history to serve consecutive years in that role.  His senior average of 18.1 ppg ranked third in the Big Ten Conference. This came after leading the conference in rebounding as a junior.  His senior year he was named as an All-American player, an honor he had also received during his final high school season.  After spending several years in the NBA with the Rockets and Lakers, CJ has worked for various universities in the athletic fund raising departments.