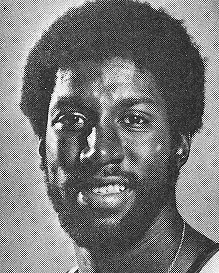 Biography:  David “Corky” Calhoun was an all-state player at Waukegan High School before embarking on a collegiate career at the University of Pennsylvania. David played on Penn teams which lost only eight games in his four seasons. Sports Illustrated called Calhoun the “best defensive college player in the nation.” Following college, David was the 3rd overall pick in the draft by the Phoenix Suns. After a change of cities, he earned an NBA Championship ring with the Portland Trail Blazers in 1977. David Calhoun passed away on July 9, 2015 at the age of 61.