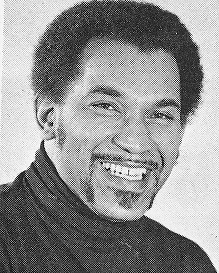 Biography:  Lawrence “Bumpy” Nixon was a rare player who played for both Quincy High School and Galesburg High School. It is rare to have played for both the state’s perennial powers. Lawrence played for Quincy through his sophomore year and at Galesburg for his junior and senior year. As a junior, the Silver Streaks were 29-2, finishing 3rd place in the IHSA State Tournament. That season, he scored 574 points and grabbed 379 rebounds. Although he only played a portion of his senior year due to the IHSA “19 year-old rule’, he became a 2 time All-American and All-State player. The Streaks went 55-5 over his two seasons of play. After high school, he attended Southern Illinois University and Tennessee State University before playing professionally in New York. Bumpy Nixon passed away on March 7, 2010—one day after his 69th birthday.