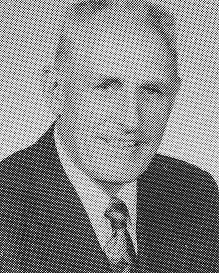 Hale Swanson was the first all-state basketball player at (Chicago Hts.) Bloom HS.  Twice Hale was named to the All South Suburban League and all-state teams in 1931 and 1932.  An all-around athlete, Swanson was a three year letterman in both basketball and baseball at the University of Illinois.  Later he played professionally with the Hammond (IN) Caesars.  Then for 20 years, Hale was a high school official.  For 12 of those years he also officiated in the Big Ten Conference.  Professionally, Hale was an industrial engineer with Ford Motor Co.  Hale Swanson passed away on April 9, 1990.