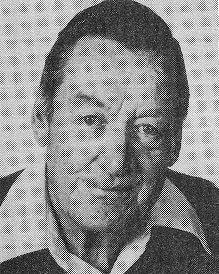 Biography:  Ed Campion averaging 12 points a game for (Evanston) St. George High School when it competed in the old National Catholic High School Tournament. As a senior in 1934, Campion was named to the All-Tourney team. The DePaul University Hall of Fame member was the Blue Demons' most valuable player in 1937 when he was named to the All-Garden All-American Team in New York. The same year he was named to the U.S. Olympic basketball team as an alternate. Campion played professionally with the Whiting/Hammond Ciesars All-Americans of the NBL.  Ed passed away on January 10, 2005 at the age of 89.