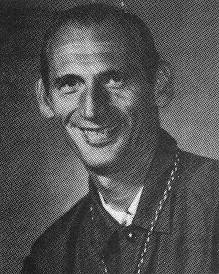 Biography:  Albert Eugene Pursell scored 1,690 points in a three-year high school career at Pinckneyville. He was named to the All-Centralia Holiday Tourney team and was honored as an all-stater in 1954 when the Panthers placed third in the state tourney. Pursell averaged 23.1 as a senior. Following high school Pursell continued his scoring for three years at Coe College, where he led the Midwest Conference in scoring in 1956-57-58 and was named all-conference for three years. As a senior, Al was named to the NAIA all-tourney team and was a third team choice for Little All-America in 1958. A member of the NAIA’s Distinguished Athlete’s Foundation, Pursell is a charter member of Coe College’s Hall of Fame. After college, Al coached five seasons at Dennison, Iowa, and three at Springville, Iowa. He continued his career as an elementary school physical education teacher in Waseca, MN.