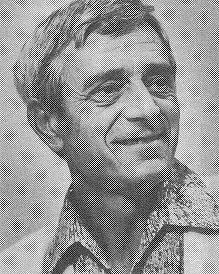 Biography:  Frank Oliveri, a mid-year graduate, set a then Bloom HS single game scoring record of 33 points in 1942 before attending Northern Illinois, where he was most valuable and all-conference player as a freshman. Oliveri transferred through the Navy’s V-12 program to Illinois State as a sophomore. The three-year college graduate was most valuable and all-conference both his seasons at ISU. In addition he was ISU captain for those two seasons. In 1943 he led the conference in scoring with an average of 21 ppg. After college he served 6 years in the US Navy and upon returning, served for three years as head basketball coach at Cornell High School before spending six years, through 1956, as head basketball coach at (Ottawa) Marquette High School. Frank passed away on May 16, 2005 at the age of 81.