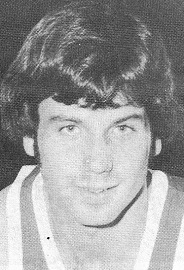 Biography:  (Dolton) Thornridge High School’s great back-to-back state champions in 1971 and 1972 won 66 of 67 games. Although he averaged only 10 ppg as a two-year starter, Mike Bonczyk was a key figure for those Falcon teams. Bonczyk may have been the outstanding playmaker of his era, as he dished out an average of 9 assists per game. Bonczyk was named to the Rockford newspapers all-state team, the AP top 15 and the Decatur Herald-Review all-state team. Bonczyk lettered for four years at Illinois State on a basketball scholarship and was a regular for three of those years.  At the time of his graduation, Bonczyk held the season and career records at ISU for assists. In one game Bonczyk was credited with a record of 28 assists.  After college, Mike turned to coaching.  He coached Wichita West HS to its first Kansas state championship in history and its first city championship in 16 years.