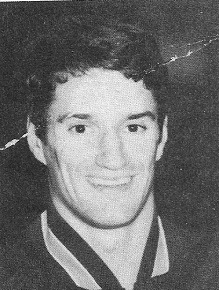 Biography:  Rick Howat is one of the best high school players in Downers Grove North High School history.  Rick averaged 32.7 ppg as a senior which led the state.   He was named the Chicago Sun Times Player of the Year for 1967.  He became the all-time leading scorer in the West Suburban Conference with 784 points and was accorded all state and all America player honors.  Howat was a fixture at the University of Illinois after high school.  He was all Big Ten as a senior in 1971 when se also served as team captain.  At Illinois, he averaged 21 ppg while scoring 540 points as a senior.  Rick showed that he was no slouch in the books either as he achieved Academic All-America honors for his junior and senior seasons.  In 1971, he was drafted by the Milwaukee Bucks.  After his playing career, he turned to coaching becoming the sophomore coach for 5 seasons, then the head coach at Addison Trail High School where his teams were conference champs twice in his first four seasons with the Blazers.  He was at the helm for the Blazers for 15 seasons.  From 2001-2006 Rick coached the freshmen team at Hinsdale Central High School.