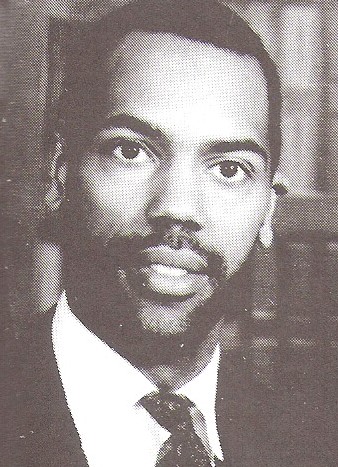 Biography:  Tim Bryant was a three-year starter who achieved All-City, All-Area, and All-State honors while playing at (Chicago) Harlan High School for coach Lee Umbles (IBCA HOF inductee in 1997).  Tim led the Falcons to two consecutive Chicago Public League titles, a city crown, and 22-5 season as a senior (1970-71).  During his junior and senior seasons, the team advanced to the IHSA Sweet Sixteen.  The 1971 squad lost a tough super-sectional game to the great (Dolton) Thornridge squad which won the state title.  Tim moved west to DeKalb where he had an outstanding career at Northern Illinois University.  He won three varsity letters at Northern Illinois (1972-75) after leading the frosh squad in scoring (23.4 ppg. in 1971-72; note that freshmen were not allowed to play with the varsity at that time).  Tim was named NIU tri-captain and Most Valuable Player as a senior (1974-75).  He led Huskies in scoring (352 points in 23 games or 15.3 ppg.), field goals (151), free throws (50), and FT percentage (.610) (1974-75).  Tim received votes for All-Century Team during NIU Centennial.  Tim had a free agent tryout with Buffalo Braves (1977) before playing 2 seasons in Argentina before returning as an administrator for the Chicago Public Schools.  He was inducted into the Chicago Public League HOF in 1998.