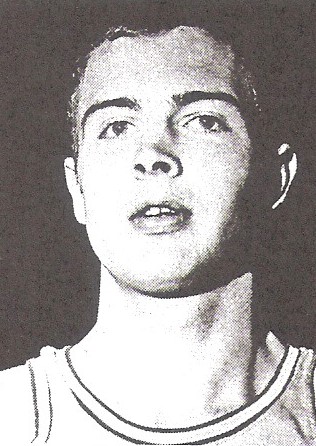 Biography:  John Clawson played at Naperville Community High School (now Naperville Central) from 1962-64 and graduated as the school’s all-time leading scorer. He led Naperville to its first regional title. At the University of Michigan, Clawson played on three successive Big Ten championship teams and three times competed in the NCAA tournament. In 1966, he was runnerup in scoring on the Wolverines to Cazzie Russell with 409 points (15.8 ppg). He shot 50 percent from the field and grabbed 196 rebounds.  Clawson played two years in the Army, played on the 1968 AAU championship team and was a member of the Gold Medal U.S. Olympic team in 1968. In 1967 he played on the U.S. team which won the Pan-American Games. Clawson also averaged 4.7 points in 70 games for the 1968-69 Oakland Oaks, who won the American Basketball Association (ABA) championship, and played with Rick Barry and future coaching legends Larry Brown and Doug Moe.  John died on December 15, 2018 at the age of 74.