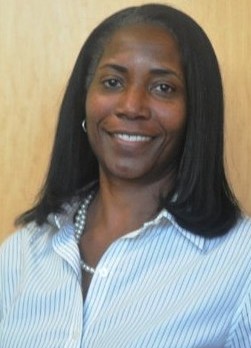 Biography:  For nearly three years Veda Sargent didn’t know what losing was. She was a four-year starter and captain for Chicago Fenger’s girls basketball team from 1973-77. Fenger was undefeated her first three seasons and headed that way in Sargent’s senior year but the Lady Titans were beaten 43-38 in overtime in the quarterfinals of the first IHSA girls state tournament by eventual champion Sterling. Sargent scored 11 points.  Sargent played three years at Illinois State University and graduated in 1982.  At the time of her induction, Veda was the Associate Recreational Director at Mississippi State University. She moved on to the University of South Carolina where she became the Associate Director of Campus Recreation.  She also officiated high school and women’s college basketball.