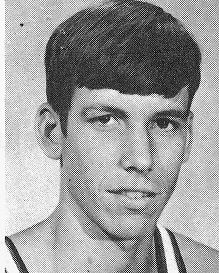 Doug Collins was a hero of the 1972 Olympics and one of the leading collegiate players in the 1972-73 season.  He earned All State honors at Benton HS and was a consensus All American at Illinois State University.  ISU retired his jersey at the end of his career—a first for ISU.  Doug was the third leading scorer in the US as a junior and became a #1 draft pick by the Philadelphia 76’ers.  After his playing days, Doug became a very successful NBA coach with the Bulls and Sixers.  He is also highly regarded as an analyst for basketball broadcasts.