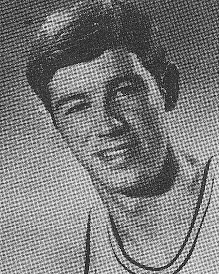 Fred Miller led his Pekin HS team to the State Championship in 1967.  That year he received all-state honors and all-state tournament honors.    Fred was an all Mid State Nine conference selection for three years and scored 1452 points in his high school career—a conference record at the time of his graduation.  He went on to the University of Illinois, where he was co-captain for the 1970-71 season.  He earned the George Huff award for achieving a GPA 4.5 during his final 2 semesters at Illinois.