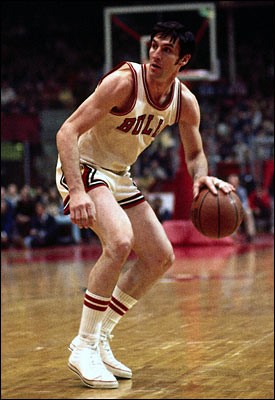 Jerry Sloan is an All-State Player from McLeansboro HS.  After high school Jerry attended Evansville College where his teams won two NCAA college division championships.  Jerry earned All-American status for his play and was drafted by the Baltimore Bullets.  His best playing years in the NBA came in Chicago, where the Bulls have since retired his number.  Jerry then went on to coach the NBA Utah Jazz for nearly 22 seasons.  Jerry Sloan died at the age of 78 on May 22, 2020.