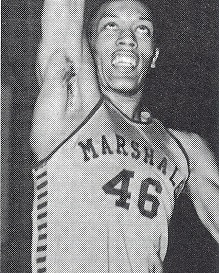 George Wilson led his (Chicago) Marshall HS teams to two state championships.  In doing this he was selected 3 times as and All State player; 3 times as a High School All American player, and Illinois Player of the year in 1960.  After high school, George led the University of Cincinnati while be selected to the all Missouri Valley Conference team, the All American team, and the all NCAA team.   According to George, his greatest honor was receiving the gold medal in the 1964 Olympic Games held in Japan.  George played seven years in the pros and was a member of the IHSA’s 100 greatest players in 2009.