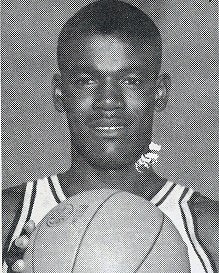 Biography:  Leon Clark led Thornton of Harvey to a second-place state finish (lost to Collinsville) in 1961.  Leon averaged over 20 ppg in three years of varsity competition as Thornton won over 80% of their games.  Leon went on to star at Wyoming University where he still owns several scoring and rebounding records.  Leon played two years for the Boston Celtics before finishing his professional career in Europe.