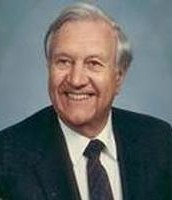 Biography:    Robert “Chick” Doster led Decatur to the 1945 state championship.  He was a member of the all-state and all-state tournament teams.  Chick established individual scoring records of 34 points in one game, 16 baskets in one game, and 96 points in the 4 game tournament series.  Chick went on to the University of Illinois where he starred for three years as a member of the Fighting Illini.  After basketball, Chick located to Homewood, IL where he was very involved in the community.  Robert passed away on September 23, 2012.